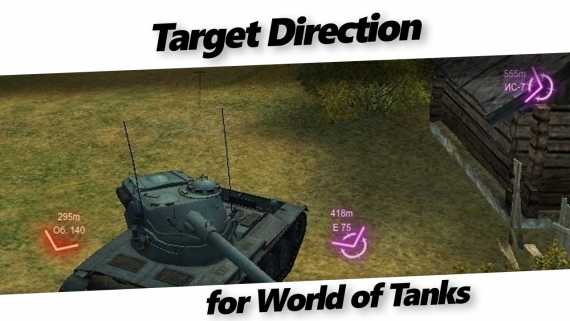 The developers of mods have taken care of the convenience for the players by developing a unique mod – Target Direction. Download it and start playing with pleasure. This mod allows you to instantly indicate the direction of the tanks that have just been discovered by your allies. In each battle after tank detection, we are forced to be distracted by him, to see where he stands and whether we can shoot him. In conditions when every second is important and other enemies are already going to our positions, it does not make sense to be distracted once again for each tank.

Therefore, the developers of mods have taken care of the convenience for the players by developing a unique mod – Target Direction. It allows you to instantly indicate the direction of the tanks that have just been discovered by your allies. In addition, tricolor arrows will tell you whether you can shoot at this tank now and how close it is to you. 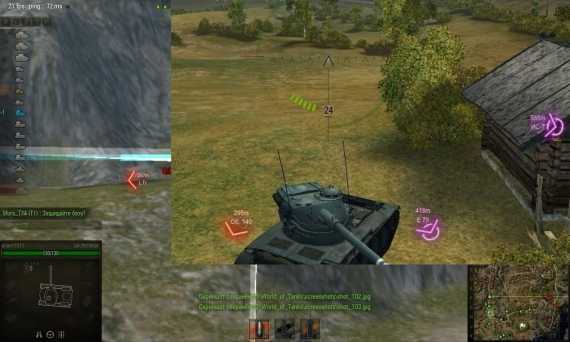 For example, if you see a red arrow, this means that the enemy is near you, but his tank is either behind an obstacle, or shoots other tanks without posing a danger to you. Green arrows will indicate targets that remain far away and pose no threat to your tank. But the purple markers – the most useful. They instantly warn you about tanks that are not just in the zone of the shot, but also brought down on you, so you should immediately drop in behind the shelter, or turn around to such an enemy with frontal armor.

Like the standard target display, the mod gives information at once about all the targets detected by your allies. Therefore, you can immediately find out which tanks you should be wary of and quickly aim at them.

Quick and convenient – Target Direction for World of Tanks. Download the mod, install it on your computer and enjoy the game at 100%.

Remember that mods are created in order to facilitate the gameplay and some of them are prohibited by the rules of the game, so use them wisely.